Wollongong resident delighted to receive the gift of better hearing. 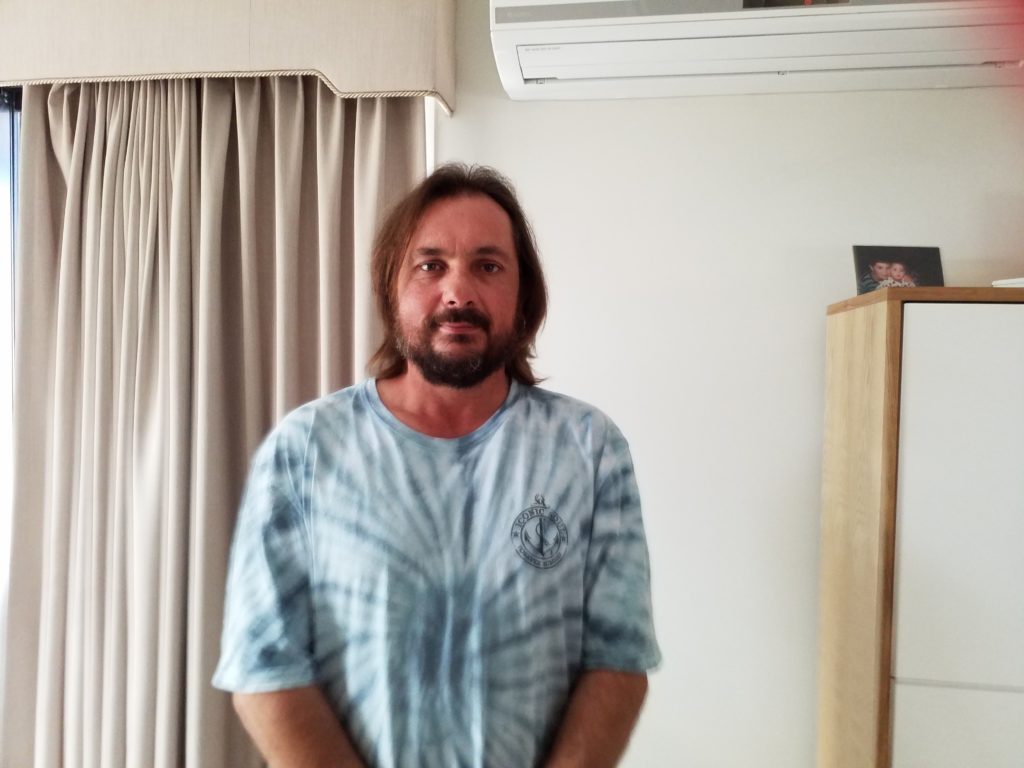 "Tony will now be able to gain competitive skills in his workplace and the improved hearing will reduce the strain on relationships both at work and at home."

Nominated by Kirralee Brisbane, Clinician at HearingLife Wollongong, local resident Tony Gorgievski is one of four people across the country to receive new Oticon Opn1TM hearing devices at no cost, as part of the Campaign for Better Hearing Give Back Program. The Program recognises the financial burden that Tony and his family were under and the impact his hearing loss was having on his family.

Having suffered hearing loss for almost 20 years, 46-year-old Tony was well aware of the progressive decline in his situation over that time affecting his relationships with his family and friends and his work. Tony was unable to afford the hearing devices he needed, and he had no choice but to tolerate this decline in hearing with much angst and frustration. “My hearing has caused a few arguments,” Tony admits.

“It just got really frustrating at times. I lost all confidence in myself because I couldn’t hear and I couldn’t progress with my role at work as I would struggle to hear what was being said, particularly when I was attending courses to update my skills.”

Having seen Tony struggle with his hearing for six years, Clinician Kirralee nominated him to be one of four recipients of the new Oticon Opn1™ devices as part of the Campaign for Better Hearing Give Back Program. She said, “I just know what a difference these hearing devices will make to Tony and his family, he will gain a lot of confidence and won’t need to rely on his wife to translate for him.”

Hearing loss is becoming more common and studies have shown there is a strong link between hearing loss, depression, mental fatigue, cognitive decline and dementia. In fact one in seven Australians are affected by hearing loss, which in 20171 meant 3.6 million people or 14.5% of the population. And the numbers are likely to increase, due to the long-term exposure to excessive noise, accidents and an ageing population.

Unlike many others who live with un-managed hearing loss in the community, Tony will now be able to gain competitive skills in his workplace and the improved hearing will reduce the strain on relationships both at work and at home.

We want to encourage everyone, especially from the age of 60, to have a hearing test to monitor their hearing health and mitigate the effects of untreated hearing loss.

“With Give Back we are also very happy to be giving the gift of better hearing to people in local communities across Australia and grateful to everyone who contributed to achieving this exciting milestone,” said Clinician Kirralee.

Visit your local HearingLife, AudioClinic, Adelaide Digital Hearing Solutions or Western Hearing Services to find out more information on the Campaign for Better Hearing and the Give Back program.